Colors Of Craft: We 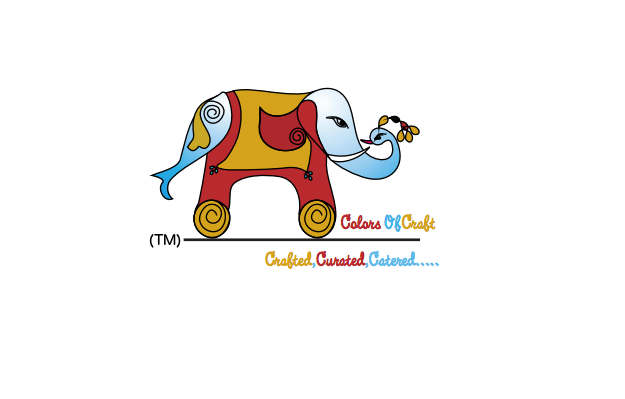 We think it was the 'Chai' to blame ! We don't know the start, until

we were in deep, how and when ? It used to be  coffee to start things

for the IT people, which we were all along; and here we were drinking

`Chai` that day. We had crossed the line. The outcome had to be

different, but so different ! we couldn't have thought or imagined.

The next step would have been a better corporate job, a bit up the

ladder, the conference calls, meetings & presentations, but we found

Colors Of Craft, is an idea which was questioned, as we spoke of it;

of being too ideal to be practical i.e of setting up a channel so to

ensure equitable and fair pricing for art work which was native,

indigenous and to further the revival of the lost. The requisite being,

the due, given to all & at all steps in between right from the artisan to

the other side, the buyer.

traveled the rural, in search of art & craft, things looked coequal as

in any field, where pursuance would decide the final outcome, and so

we are and so is  Colors Of Craft.

written around 3rd Century BC. Of its many stories, the one where

of touch & feel. One describes it as a tree other as rope; as each touches

We feel the same, that unless the art is described as a whole along with

its origins & its journey into your hands, it would be incomplete in its

expression. Taking this thought & bringing forth as a whole, is our

Each of our product is crafted as native by the same hands, curated &

catered by us personally. Thus Crafted, Curated Catered … along with

a promise to provide you with the best, as a whole and to serve the

communities that not only identify but also depend on it.